Networking Times is a global community of entrepreneurs who choose network marketing as their vehicle for personal and global transformation.

Published by Gabriel Media Group, Inc., Networking Times is an educational journal that helps network marketing professionals build the right skill sets and mindset to be successful in their businesses. A proven training tool and credibility builder, Networking Times is also used as a prospecting tool, providing powerful third-party validation for the network marketing business model and profession.

Some of the areas we work in include:

Gabriel Media Group, Inc. is founded on the vision of Global Prosperity through a Philanthropic Economy. This idea conveys that, in addition to its purpose of providing superior products and services, business has a social responsibility of co-creating a sustainable world that works for everyone.

Eventually everyone is going to figure out that one organization in network marketing, Networking Times, is far ahead of the pack in terms of providing legitimate professional support. Until that time, we will continue to enjoy the strategic advantage they've afforded us and many of the most successful leaders in our profession. We devour every issue and never fail to learn at least one or two million-dollar ideas. Those who do not subscribe to Networking Times and attend their educational programs will have to depend on trial and error to learn what we learn from experts in network marketing.

A revolutionary profession like network marketing requires a revolutionary magazine like Networking Times to provide the timeless principles and latest techniques that transcend any specific company to yield a bi-monthly tour-de-force. Sir Isaac Newton said, 'If I have seen further, it is because I have stood on the shoulders of giants', and a subscription to Networking Times permits you to stand on the shoulders of the giants in our profession. 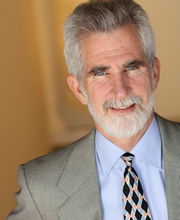 Chris Gross is CEO of Gabriel Media Group and cofounder of Networking Times and Networking University.

In 2001, he formed Gabriel Media Group, Inc. with his wife, Dr. Josephine Gross and together they founded and launched Networking Times.

In 2012 Chris joined the board of the Association of Network Marketing Professionals and has served as Vice President of the ANMP since 2013. 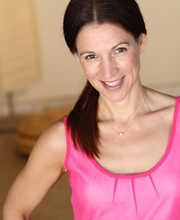 Dr. Josephine Gross is cofounder and Editor in Chief of Networking Times and Dean of Faculty for Networking University. Born and raised in Belgium, she came to the U.S. to do her Ph.D. in languages at Stanford University.

Together with her husband Chris Gross, she founded Networking Times in 2001 and today it is the leading publication for network marketing in the world.

Josephine interviews network marketing leaders from all over the world, asking them exactly how they built their businesses so readers can instantly benefit from their experience and shorten their learning curve. The perspective she brings to the profession is truly international, and her heart-centred listening approach brings out what it is that makes network marketers extraordinary leaders.

In 2013 Josephine joined the board of the Association of Network Marketing Professionals and became chairperson for the ANMP committee of international expansion. 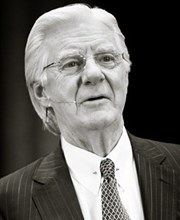 Bob Proctor is the foremost authority of the mind and the personal development industry. A former protégé of personal development pioneer Earl Nightingale, Bob Proctor first built a wildly successful business career, and then an internationally successful speaking career, elaborating on the principles of Napoleon Hill's Think and Grow Rich and other classic success and prosperity texts.

To millions of people across the globe, the name Bob Proctor is synonymous with success.  Long before his role in the movie The Secret sent him into the realm of superstardom, he was already a legendary figure in the world of personal development.

As a speaker, author, consultant, coach, and mentor, Bob Proctor works with business entities and individuals around the world, instilling within them not only the mental foundations of success and the motivation to achieve, but also the actionable strategies that will empower them to grow, improve, and thrive in today’s ever-changing world. 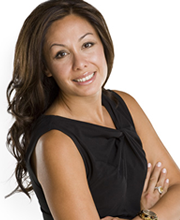 Susan Sly is a top income earner, bestselling author, sought-after speaker, and trainer in the network marketing space. A passionate advocate of the profession, she joined the Networking Times editorial team in Fall 2014. 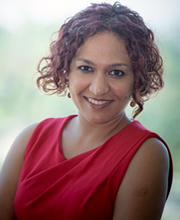 Ramya Chandrasekaran is Digital Marketing Manager for Networking Times. She was the Chief Communications Officer for a leading Asian Direct Selling company, responsible for PR, branding, and customer communications in key markets in Asia, the Middle East, and North Africa. Follow her on Facebook here. 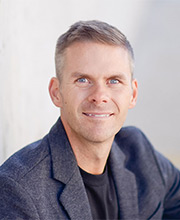 Featured as a Master Networker in the Jan/Feb 2016 issue of Networking Times, Rob Sperry has grown into one of the top trainers in the network marketing space. His first year in the profession, he reached the highest level in a multi-billion dollar company. Conquering new heights, Sperry became the co-creator of a spin-off from a $3 billion dollar company (total sales) and launched with a million dollars in sales in his first month.

Rob Sperry has been a consultant to many different network marketing companies. Due to his expertise, he has been featured in national and international books, podcast, blogs, articles, and magazines specific to finding success in network marketing. Rob Sperry is also the author The Game of Networking. Read more about Rob here. 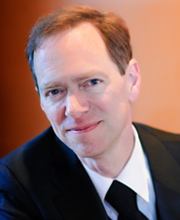 John David Mann is the New York Times bestselling coauthor of The Red Circle, Among Heroes, Flash Foresight and The Go-Giver. His Take the Lead was named by Tom Peters and the Washington Post as Best Leadership Book of 2011. 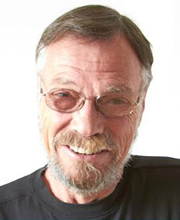 Author, coach, and entrepreneur, John Milton Fogg has been working in the network marketing space since the late ’80s.

He has written and edited more than two-dozen well-known and bestselling books, including The Greatest Networker in the World which, having sold more than a million copies, is among the highest-ever selling network marketing books.

To book Dr. Josephine Gross as a speaker for your event, email info@NetworkingTimes.com or call 818 727 2000.

2. The Rising Economic Power of Women
Today women own more than 50 percent of the wealth in the world, yet most poor people are women, mainly single moms. This has to do with our biology and our history: it is only very recently that we came into our financial power and independence. If we understand where women come from, we can help them overcome limiting beliefs and old mindsets that are holding them back. Network marketing provides education and mentorship for women to learn about business, finances, leadership--thus contributing greatly to the empowerment of women around the world.
3. Women Are Wired to Win in the New Economy
Even though a lot of effort has been made to achieve gender balance in leadership, our world is still ruled by men. This has to do with our biology and our history: women had distinctly different tasks in the past which caused our brains to be wired differently. It so happens that those feminine traits are exactly what is needed today to thrive in the "connection" economy. Women are wired to win in business--as soon as they learn to leverage their feminine traits and start taking 100 percent responsibility for their unique gifts and challenges.
4. The Feminine Side of Leadership
In order to lead in today's world, we have to integrate masculine and feminine leadership qualities. Most of us have to relearn to honor and practice the feminine qualities (collaboration, transparency, empathy, sustainability…) because they were not part of traditional business or education. The problems in our world are the result of the masculine being out of control, which hurts both men and women. Network marketing offers a perfect environment for men and women to develop into whole human beings; to succeed in network marketing, one has to master both masculine and feminine leadership traits.
5. The Global Impact of Network Marketing
Network marketing is a global movement transforming the lives of families around the world. This movement is driven by 3 factors:

This makes network marketers exemplary contributors to the new economy characterized by a global rise of entrepreneurship.

6. Gender-Smart Communication
Due to our history and biology, women and men’s brains are wired differently. This is reflected in the way we communicate and work together, especially in business. While traditional business was male-dominated, network marketing has a high percentage of females, so the same rules don’t apply. In order to build a thriving team where both genders collaborate and complement each other, we need to develop gender intelligence. Network marketing is the perfect playground to learn and practice gender-smart communication, which is based on understanding what’s most valued by the other gender and why.
7. Be Unstoppable by Tying Your Business to Your Life Purpose
People don’t buy what you do, they buy why you do it. Your passion for what you do is what attracts others. What gets people excited about starting a network marketing business? What makes them pour their heart and soul into it so they can overcome the inevitable challenges they encounter? The answer is, network marketing gives them a way to “live their purpose.” They see the business as a vehicle to grow themselves and contribute their gifts. They see it as a pathway to become a better person and create a better world. When we can tie our business to our life purpose, we become unstoppable.
8. Sacred Commerce - Return of the Feminine in Business
In ancient civilizations commerce known to bring peace and prosperity to communities and nations. “Merchant priests/priestesses” used commerce as a vehicle for raising consciousness in themselves and in the marketplace. This vital function of commerce got lost when business was stripped from its feminine/emotional quality in societies dominated by men. Women have a critical role to play in the “return of the feminine” needed to balance our world. To succeed in business today requires emotional intelligence. Women have a natural ability to influence, sell, and recruit.

Get million-dollar tips from our experts and success secrets from top earners.

Join below and receive our FREE "Network Marketing Is..." prospecting tool validating our business and profession in 28 powerful quotes!